The Swiss Gugelupf Cake has been around for a long time and has undergone many transformations from neighbouring Germany, France and Austria. Its also made its way to America, where its known as Bundt Cake. We’ve been inspired by this delicious comforting cake and would like to share our easy plant-based version with you for Mother’s Day! Using 100% plant-based ingredients this white chocolate and raspberry cake has the perfect balance between tart raspberry and sweet chocolate.

Find our Spotify Playlist for this recipe at the bottom of the post!

For every recipe we have a matching Spotify playlist to bake along to. Here is this week’s baking soundtrack!

from a small bakery nestled on the foothills of the Swiss Alps, we use our creativity and patisserie skills to reinvent your favourite, most indulgent treats with wholesome and nutritious ingredients, so you never have to miss out on the fun! 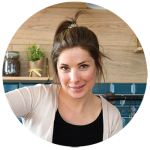 This recipe was created with love, by

Having worked as a lead pastry chef and baker, Daphne has a passion for pushing the boundaries - she creates beautiful recipes, bringing natural ingredients into the world of pastry and chocolate making, and making sure every recipe is as delicious as it is wholesome.